The Call of the Ice: Climbing 8000-Meter Peaks in Winter (Paperback) 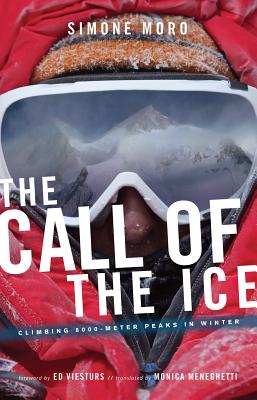 
* Adventure memoir from a renowned winter climber at the top of his game
* Moro reflects on some of his most significant climbs
* A bestseller in Italy, this is the first English-language edition of Moro's story Simone Moro is a celebrated Italian alpinist who specializes in winter climbing: He holds the record for first winter ascents of 8000-meter peaks----Shisha Pangma, Makalu, and Gasherbrum II. A passionate climber, he is also an accomplished helicopter pilot and founder of a helicopter rescue program in Nepal. The Call of the Ice was written during Moro's dramatic winter attempt on Nanga Parbat in 2012----his twelfth attempt on that mountain----during weather delays and other breaks in the climb. Moro reflects on past climbs and partners, including the death of his longtime friend and climbing partner, Anatoli Boukreev, on Annapurna, his mourning when Boukreev died, and his subsequent recovery; Denis Urubko and the nature of climbing partnerships; two attempts on Shisha Pangma; Broad Peak; Makalu; and Gasherbrum II, which he, Urubko, and Cory Richards completed in February 2011 despite near-tragic moments when they miraculously escaped after being swept away by an avalanche. Many of Moro's climbs do not result in a summit and he explains why his interest lies in the attempt itself. In addition to these reflections, we relive in real-time his attempt on Nanga Parbat, which he and Urubko had to abandon after 51 days and 6600 meters "I will go in winter. Again. Yes in winter. Just because it's my dream. Just because exploration never ends." - Simone Moro.