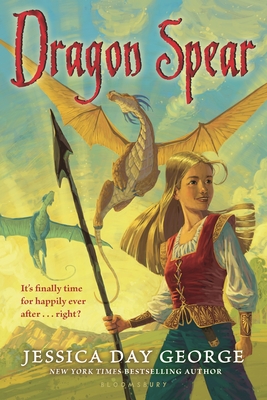 As far as Creel is concerned, all is finally right with the world. For the first time in centuries it seems dragons and humans might be able to live together in peace. So what better time for Creel and Luka to plan their wedding.

But then the dragon queen, Velika, is kidnapped by a band of rogue dragons in need of a ruler. When Creel and Luka rush to help, they discover that Luka's father has plans to take back the Far Islands from the dragons. Creel's happily ever after just might be postponed . . . again.

"Fans of the first book will find the same strengths here: the imaginatively detailed scenes; the thrilling, spell-fueled action; the possibility of romance with a prince; and the appealing, brave heroine." - Booklist on Dragon Flight

"Action, danger, pathos and romance-this fantasy has it all." - Kirkus Reviews on Dragon Flight