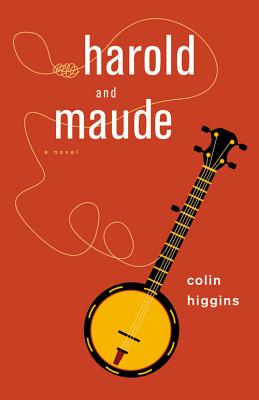 
Usually ships to store in 2-3 Days
Nineteen-year-old Harold Chasen is obsessed with death. He fakes suicides to shock his self-obsessed mother, drives a hearse, and attends funerals of complete strangers. Seventy-nine-year-old Maude Chardin, on the other hand, adores life. She liberates trees from city sidewalks and transplants them to the forest, paints smiles on the faces of church statues, and “borrows” cars to remind their owners that life is fleeting— here today, gone tomorrow! A chance meeting between the two turns into a madcap, whirlwind romance, and Harold learns that life is worth living, and how to play the banjo.

Harold and Maude started as Colin Higgins’s master’s thesis at UCLA film school before being made into the 1971 film directed by Hal Ashby. The quirky, dark comedy gained a loyal cult following, and in 1997 it was selected for inclusion on the National Film Registry at the Library of Congress. Higgins’s novelization was released with the original film but has been out of print for more than thirty years. Fans who have seen the movie dozens of times will find this a valuable companion, as it gives fresh elements to watch for and answers many of the film’s unresolved questions.

Colin Higgins was a screenwriter, director, and producer of films that included Harold and Maude, Silver Streak, Foul play, 9 to 5, and The Best Little Whorehouse in Texas. He died in 1988 at the age of forty-seven.
“While the book closely mirrors its source, it reads not as the film’s inspiration or replacement, but as its valuable companion.” —Windy City Times