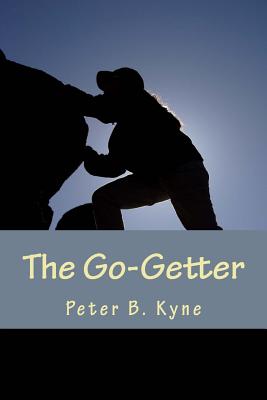 ﻿The Go-Getter is a brief, powerful parable of a persistent underdog. Those seeking a classic tale that illustrates the very centre of pulling oneself up by one's bootstraps will be delighted with this work, as well as sales people, entrepreneurs and those seeking a motivational tale. The story is typical of both its time and context in being unashamedly invested in the capitalist version of the American dream. Veteran Bill Peck comes to the lumber business seeking an opportunity to prove himself and create prosperity. Cappy Ricks, the semi-retired lumber wholesaler beset by a bumbling son in law and an equally incompetent subordinate bemoans the bad decisions of his underlings, their overconfidence and reliance on procedure and experience. One day, fresh from berating his unsatisfactory associates for sending a third irresponsible custodian to the Shanghai offices, Ricks sees a potential alternative. Fed up of drunk, indebted and disobedient employees, he is quite charmed by the self assured fellow veteran Peck, who politely arrives and insists on an interview. Upon learning that Bill Peck has already been refused a job by a foreman, Ricks determines that he wants to put the stranger through his paces under his distinctly frosty General Manager, Mr. Skinner, despite his hard won recovery from his wartime injuries. By the time the industrious Peck had crisscrossed the continent selling more lumber than any predecessor in his role, Ricks and Skinner decide to set him an almost impossible task. Set aside an afternoon and find out how Bill Peck fought to prove himself with a single blue vase in this irresistible moral tale. About the Publisher Forgotten Books publishes hundreds of thousands of rare and classic books. Find more at www.forgottenbooks.com This book is a reproduction of an important historical work. Forgotten Books uses state-of-the-art technology to digitally reconstruct the work, preserving the original format whilst repairing imperfections present in the aged copy. In rare cases, an imperfection in the original, such as a blemish or missing page, may be replicated in our edition. We do, however, repair the vast majority of imperfections successfully; any imperfections that remain are intentionally left to preserve the state of such historical works.