Religion and the Rise of Capitalism: A Historical Study (Paperback) 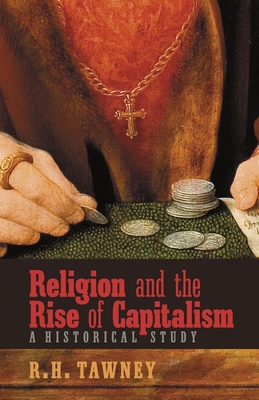 By R. H. Tawney, Charles Gore (Preface by)
Email or call for price.

It may be useless to deny that most of the West functions under the reign of capitalism, but despite this fact the question of the origin of this paradigm and how it came to such a prominent position in our society remains unclear. This is the vital question Religion and the Rise of Capitalism aims to address. In what has proven something of a minor classic, R. H. Tawney sets his sights high, returning to the Middle Ages to examine the history of both capitalism and religion in that socio-economic context. Prudently avoiding jargon or one-sided analysis, Tawney examines religion and capitalism side-by-side, not as polar entities but as mutually responsive to each other. In a measured, historical manner, Tawney shows how changes and developments in the religious sphere, such as the Protestant Reformation, had a profound impact on the economic realm. Although first published in 1926, Tawney's arguments are even more poignant now than when first he penned them. As the divide between social-ethical concerns and economic practices becomes ever more apparent, this book offers the modern reader the means to clearly come to terms with the realities of our present capitalistic world.