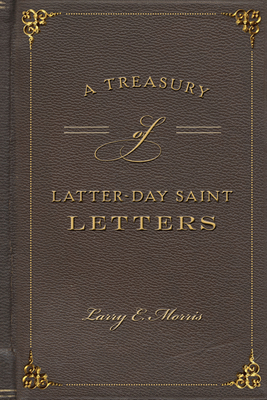 What did David O. McKay say about the theory of evolution, or George Albert Smith about Saints thinking for themselves? Why did Relief Society president Eliza R. Snow and others write a heartfelt letter of appreciation to the governor of the Utah territory? With fifteen new letters, this revised edition of A Treasury of Latter-day Saint Letters answers these and other intriguing questions through the words of early Church figures, from apostles to Joseph Smith's relatives. Historian Larry Morris, formerly with the Ensign and the Joseph Smith Papers, explains the historical context of each epistle and presents the text of the letter itself. Preserving the exact words and spelling of the writer, this inspiring and thought-provoking volume offers a glimpse into the personal lives and candid feelings of a host of prominent Church members--a rare view not often seen from the pulpit or in history books.

Historian Larry E. Morris received a master's degree in American literature from BYU. He authored The Fate of the Corps: What Became of the Lewis and Clark Explorers After the Expedition, named a Top Academic Title by Choice, and coauthored (with Ronald M. Anglin) The Mystery of John Colter: The Man Who Discovered Yellowstone. He has published several other books and has written articles for such periodicals as the Missouri Historical Review, We Proceeded On and American History.