Sweet Caress: The Many Lives of Amory Clay (Hardcover) 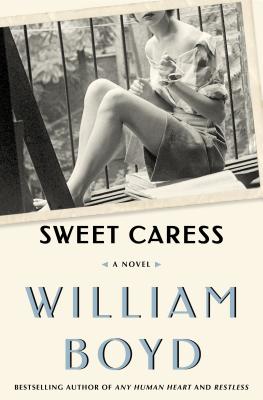 “Boyd's new novel is the story of Amory Clay, whose father, a troubled World War I veteran, is absent. Amory's Uncle Greer gives her a camera and teaches her about photography, and it is this gift that allows her to make her own way in the world. As a young woman, she goes to Berlin in the '20s, New York in the '30s, and then to France during World War II, where she makes her mark as one of the first female war correspondents. Later in life, Amory continues to pursue her passions and dreams as she experiences love, marriage, children, and yet another war. Boyd employs actual photos to accentuate this sweeping tale of a life lived to the fullest, and demonstrates yet again why he is one of our greatest chroniclers of the human heart.”
— Cody Morrison (M), Square Books, Oxford, MS

When Amory Clay was born, in the decade before the Great War, her disappointed father gave her an androgynous name and announced the birth of a son. But this daughter was not one to let others define her; Amory became a woman who accepted no limits to what that could mean, and, from the time she picked up her first camera, one who would record her own version of events.

Moving freely between London and New York, between photojournalism and fashion photography, and between the men who love her on complicated terms, Amory establishes her reputation as a risk taker and a passionate life traveler. Her hunger for experience draws her to the decadence of Weimar Berlin and the violence of London's blackshirt riots, to the Rhineland with Allied troops and into the political tangle of war-torn Vietnam. In her ambitious career, the seminal moments of the 20th century will become the unforgettable moments of her own biography, as well.

In Sweet Caress, Amory Clay comes wondrously to life, her vibrant personality enveloping the reader from the start. And, running through the novel, her photographs over the decades allow us to experience this vast story not only with Amory's voice but with her vision. William Boyd's Sweet Caress captures an entire lifetime unforgettably within its pages. It captivates.

“One of the very best prose stylists and storytellers in the English language.” —The Atlantic

"This gutsy epic is teeming with memorable characters and delicious period details." —Mail on Sunday

"This tale of a trailblazing female war photographer is clever, inventive and more than the sum of its parts." —Fiona Wilson, The Times

“Superbly written . . . One of the most smoothly readable novels of the year.” —The Chicago Tribune on Restless

“Its pleasures are countless . . . Supremely entertaining.” —The Washington Post Book World on Any Human Heart

“Few contemporary writers are able to evoke the ambiance and drama of our recent past as forcefully as Boyd . . . And [his] characters are as beguiling as his prose.” —Washington Post Book World on Waiting for Sunrise

“Entertaining and seemingly effortless in their fluency, [Boyd's] novels conceal insights into human behavior that are more intricate than may first appear.” —The New York Times Book Review, on Waiting for Sunrise