Silver in the Blood (Paperback) 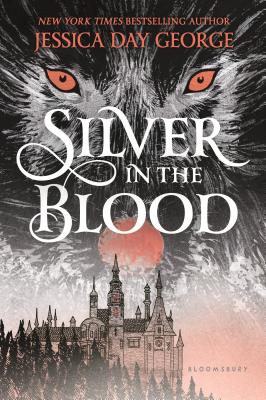 Silver in the Blood (Paperback)

Two girls struggle with their dark family heritage in this fantasy perfect for fans of Cassandra Clare and Kendare Blake.

As debutantes in 1890s New York City, cousins Dacia and Lou knew little about their mysterious Romanian relatives, the Florescus. Now, upon turning seventeen, the girls must journey to Romania--a journey that seems to be both reward and punishment--to meet their cousins and their tyrant of a grandmother and to learn the secrets of their family. Secrets spoken of in whispers. Dangerous secrets known as the Claw, the Wing, and the Smoke.

But as dangerous as those family secrets might be, even more dangerous is the centuries-old bond between the Florescus and the royal Dracula family, and it seems that it’s time for Dacia and Lou to give up their life in New York society and take their place among the servants of the Draculas. When the devilish heir, Mihai Dracula, sets his sights on Dacia as part of his evil, power-hungry plan, the girls must accept or fight against this cruel inheritance. Do they have the courage to break the shackles of their upbringing and set the course of their own destiny?

“This is a powerful tale of transformation, both physical and emotional.” —VOYA

"The Romanian setting, with its opulent estates amid the Carpathian wilderness, offers a perfect backdrop to this clash between high society’s customs, family loyalty, and supernatural powers." —BCCB

“In a clever reworking of the Cinderella story, George once again proves adept at spinning her own magical tale.” —Booklist on PRINCESS OF GLASS

“. . . a well-realized and fast-paced fantasy-romance that will find favor among fans of fairy tales, feisty heroines, and dashing young men . . .” —Booklist on PRINCESS OF THE MIDNIGHT BALL

“A rich and engaging novel.” —Kirkus Reviews on PRINCESS OF THE MIDNIGHT BALL