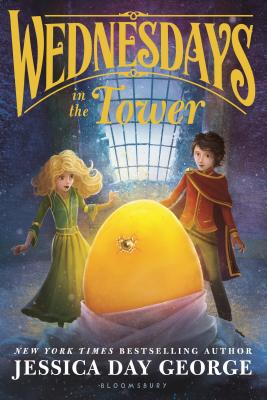 By Jessica Day George
$8.99
On Our Shelves Now

What will Wednesday bring in the second book in this charming New York Times bestselling middle-grade fantasy series from Jessica Day George?

When her brother Rolf dares her to catch magical Castle Glower creating a new room, Princess Celie takes the challenge! No one knows the Castle better than she does. But as usual, the Castle has ideas of its own . . .

Celie finds the new room, and inside it is hidden a giant egg. It looks like the Castle wants Celie to care for the egg and whatever creature it hatches! Celie hadn't bargained for a pet, and caring for this one will prove to be especially tricky, once Celie and her siblings realize what else the Castle is hiding.

"A sweet, funny, sincere story in which siblings work together." Kirkus Reviews

"There is plenty to charm readers in this second book in the series." SLJ

"This enjoyable romp turns mischief into political action and a stone palace into a cunning character. . . . These kids are clever, as is George's adventure. May pique castle envy." Kirkus on TUESDAYS AT THE CASTLE