Fighting for Life: The Story of Jake Lamotta (Paperback) 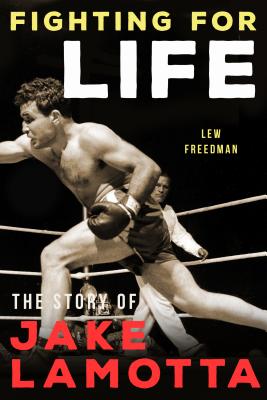 Jake LaMotta is the one-time middleweight champion of the world who competed in more than a hundred professional fights. Forced as a youth to fight for money, LaMotta emerged to make boxing a profession.
LaMotta was a wildly popular fighter in his home Bronx, New York. He was nicknamed the Bronx Bull for the heart he showed in the ring and his ability to go toe-to-toe with slicker boxers. When he stepped in the ring he had an indomitable nature, which he sometimes forgot to leave in the ring. His boxing mentality, which took over, inspired the Academy Award-winning movie, Raging Bull.
Fighting For Life remembers LaMotta and his matches against the legendary Sugar Ray Robinson. Their matches are regarded as one of the most spectacular series of bouts between two top fighters. LaMotta was enshrined in the International Boxing Hall of Fame. Still active in writing and film endeavors, LaMotta has remained in demand for sports autograph shows.