Bibliomysteries: Volume Two: Stories of Crime in the World of Books and Bookstores (Hardcover) 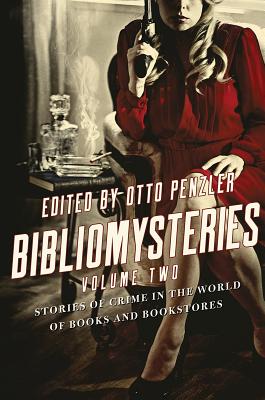 Bibliomysteries: Volume Two: Stories of Crime in the World of Books and Bookstores (Hardcover)

This is book number 2 in the Bibliomysteries series.

If you like mysteries and you like books, what could be better than combining both worlds, with mysteries set against a background involving books?

Ian Rankin sets his tale of the lost original manuscript of Dr. Jekyll and Mr. Hyde in the legendary Shakespeare & Co., while F. Paul Wilson offers a book with remarkable powers. Joyce Carol Oates portrays an overly ambitious dealer in mystery fiction, while James Grady has the “Condor” working in the Library of Congress. Stephen Hunter tells a previously unknown story of Alan Turing set during World War I—involving a book that could change the history of the world—and Peter Lovesey writes about a box full of Agatha Christie titles that just may be priceless. Carolyn Hart’s story is about an astonishing inscription in a book, while Megan Abbott and Denise Mina add their Edgar-nominated stories to this stellar collection.

Whether your taste is for the traditional mystery, something a little more hard-boiled, or the bizarre and humorous tale, you will find exactly your cup of tea in this outstanding collection of fifteen stories by the most distinguished mystery writers working today.
Otto Penzler is the proprietor of the Mysterious Bookshop in New York City. He is the founder of the Mysterious Press and Otto Penzler Books, and has received an Edgar Award, an Ellery Queen Award, and a Raven Award for his contribution to the mystery field. His anthology The Black Lizard Big Book of Pulps was a New York Times Bestseller.
"An entertaining collection of 15 original stories of bookish mania and mayhem—written by some of the most stylish crime-fiction authors in the U.S. and U.K."
— Wall Street Journal

"For years, those in the know have been savoring the latest ‘bibliomystery’ commissioned by Otto Penzler’s Mysterious Bookshop and penned by the luminaries of the crime world.  Now, a new omnibus collection brings these gems together between two covers. A necessity for serious crime fans."
— CrimeReads (Best Anthologies of 2018)

"The 15 distinguished contributors to Penzler’s welcome sequel to 2017’s Bibliomysteries all provide creative variations on this reprint anthology’s theme—mysteries set in the world of books. A must for mystery fans and book lovers."
— Publishers Weekly