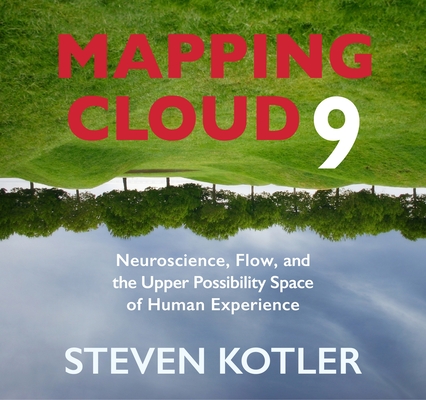 What are the upper limits of human potential?
At the intersection of flow states, mystical experiences, peak performance, and psychedelics lies a mysterious space of possibility. In Mapping Cloud Nine, bestselling author and award-winning journalist Steven Kotler takes us on a heady thrill ride through the history of human potential—and how what we’ve learned so far might unlock even greater levels of creativity, performance, and meaning in our lives.
From Nietzsche to now—a tour of human consciousness
In this six-part audio program, Kotler bridges science and spirituality to explore how our understanding of peak experiences has evolved over time—from early inquiries into altered and mystical states; to the birth of positive psychology and research on high performers; to pioneering studies on meditation and near-death experiences; and into current explorations of psychedelics, flow states, and technological breakthroughs.
A brilliant synthesizer and gifted storyteller, Kotler paints a compelling portrait of our greatest human potential, inspiring us to leverage this growing body of research and step into new realms of possibility.


HIGHLIGHTS
- The evolutionary impulse for altered states of mind—psychedelics throughout time
- The neurobiology of flow states, mystical experiences, and hallucinations
- The spiritual path and the high-performance path—are they one and the same?
- Altered states lead to altered traits—the next wave of consciousness hacking
- Why bridging the gap between science and spirituality leads to even greater breakthroughs
- How you can leverage flow states for a more meaningful—and interesting—life

STEVEN KOTLER is a New York Times bestselling author, award-winning journalist, and Founder and Executive Director of the Flow Research Collective. His books include Stealing Fire, The Rise of Superman, West of Jesus, andA Small Furry Prayer. His work has been translated into over 40 languages and appeared in over 100 publications, including the New York Times Magazine, Wall Street Journal, TIME, Wired, Atlantic Monthly, and Forbes.