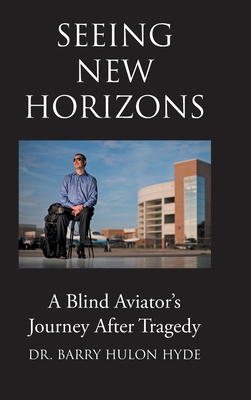 June 1, 1998: While flying as a passenger, I survived a plane crash with traumatic head injuries and a loss of smell, taste, and sight.

August 15, 1999: Went to the Rehabilitation for the Blind in Raleigh to learn all new life skills.

June 6, 2000: Became the first and only blind Advanced Ground Instructor (AGI) in the world.

October, 2000: Became first and only blind Instrument Ground Instructor (IGI) in the world.

December, 2004, graduated from University of North Carolina at Charlotte (UNCC), with Lincoln the Navigator.

May, 2007, graduated from Embry-Riddle Aeronautical University (ERAU), with Lincoln the Aviator, became the first and only blind graduate student in their 82 year history, and graduated with distinction.

June 1, 2007: Nine year anniversary of the accident, began doctoral degree in business administration with a specialization in aeronautical safety, online at Northcentral University.

March 1, 2010: Began work with the FAA as an Aviation Safety Analyst with the Commercial and General Aviation Branch, AFS-800, at Headquarters in Washington, DC.

August 1, 2014: Married Robin at Graceland, in Elvis's Chapel in the Woods.

July 5, 2017: Dissertation completed and gave oral defense of: "The Relationship between Pilot Attitudes and the execution of Flight Safety Checklists", to become Dr. Hyde.

ERAU's first president, Jack R. Hunt, had a famous saying, "For most people, the sky is the limit. But for those who love aviation, the sky is home." For me, the sky is home, and I will always want to be a part of flying the friendly skies.