God's Shadow: Sultan Selim, His Ottoman Empire, and the Making of the Modern World (Compact Disc) 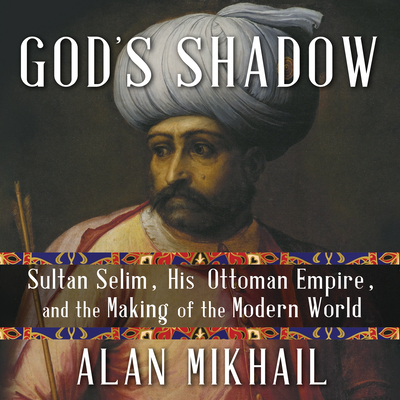 Long neglected in world history, the Ottoman Empire was a hub of intellectual fervor, geopolitical power, and enlightened pluralistic rule. At the height of their authority in the sixteenth century, the Ottomans controlled more territory and ruled over more people than any world power, forcing Europeans out of the Mediterranean and to the New World. Yet, despite its towering influence and centrality to the rise of our modern world, the Ottoman Empire's history has for centuries been distorted, misrepresented, and even suppressed in the West. Now Alan Mikhail presents a vitally needed recasting of Ottoman history, retelling the story of the Ottoman conquest of the world through the dramatic biography of Sultan Selim I (1470-1520). Mikhail's game-changing account uses Selim's life to upend prevailing shibboleths about Islamic history and jingoistic rise of the West theories that have held sway for decades. Whether recasting Christopher Columbus's voyages to the Americas as a bumbling attempt to slay Muslims or showing how the Ottomans allowed slaves to become the elite of society while Christian states at the very same time waged the horrors of the transatlantic slave trade, God's Shadow radically reshapes our understanding of the importance of Selim's Ottoman Empire in the history of the modern world.