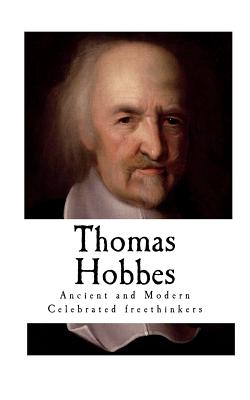 Thomas Hobbes from Ancient and Modern Celebrated freethinkers by Charles Bradlaugh, A. Collins, and J. Watts and edited by Charles Bradlaugh. 1877. A Brief Introduction to Famous Philosophers. This distinguished Freethinker was born on the 5th of April, 1588, at Malmesbury; hence his cognomen of "the philosopher of Malmesbury." In connection with his birth, we are told that his mother, being a loyal Protestant, was so terrified at the rumored approach of the Spanish Armada, that the birth of her son was hastened in consequence. The subsequent timidity of Hobbes is therefore easily accounted for. The foundation of his education was laid in the grammar school of his native town, where most probably his father (being a clergyman) would officiate as tutor. At the age of fifteen he was sent to Oxford. Five years of assiduous study made him proficient as a tutor; this, combined with his amiability and profound views of society, gained him the respect of the Earl of Devonshire, and he was appointed tutor to the Earl's son, Lord Cavendish.