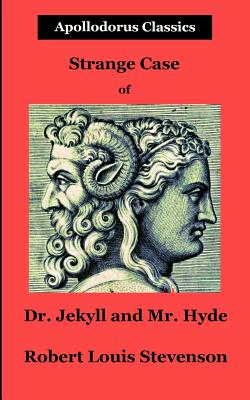 Duality-beginnings and endings, angels and demons, charms and curses-is an ancient fixation of the human mind. From the rivalry of Cain and Abel to the splitting of Captain Kirk's personality, we are fascinated by the thought of two sides locked in intimate war with each other.Robert Louis Stevenson explores this in his tale about Dr. Jekyll, a man of science who has spent years holding down the darkness inside him, and Mr. Hyde, a surrender to base impulses. As his friends try to save him, the divided man wanders deeper into madness.Published in 1886, at the same time that Sigmund Freud was beginning his exploration of the human psyche, Stevenson's Strange Case of Dr. Jekyll and Mr. Hyde holds up a mirror to the reader's dual nature, confronting us with a vision of what it would mean to separate the light from the darkness within us.

Robert Louis Stevenson was a Scottish author (13 November 1850 - 3 December 1894), best known as the writer of adventure novels such as Treasure Island and Kidnapped, but appreciated today for his exploration of human nature and the pursuit of justice, in addition to the dictum first to tell a good story. Suffering from ill health, possibly tuberculosis, for much of his life, he moved to Samoa in 1890 where he criticized what he saw as the incompetence of the colonial administration until he died in 1894 at the age of forty-four.