Narrative of the life of Frederick Douglass, an American slave, written by himself: A 1845 memoir and treatise on abolition written by orator and form (Paperback) 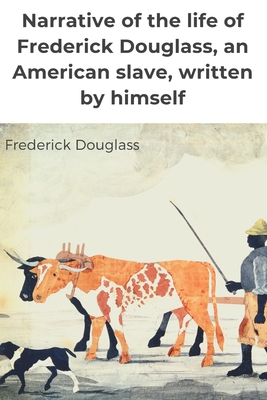 Narrative of the Life of Frederick Douglass is an 1845 memoir and treatise on abolition written by famous orator and former slave Frederick Douglass during his time in Lynn, Massachusetts. It is generally held to be the most famous of a number of narratives written by former slaves during the same period. In factual detail, the text describes the events of his life and is considered to be one of the most influential pieces of literature to fuel the abolitionist movement of the early 19th century in the United States.Narrative of the Life of Frederick Douglass encompasses eleven chapters that recount Douglass's life as a slave and his ambition to become a free man. It contains two introductions by well-known white abolitionists: a preface by William Lloyd Garrison, and a letter by Wendell Phillips, both arguing for the veracity of the account and the literacy of its author.Narrative of the Life of Frederick Douglass received many positive reviews, but there was a group of people who opposed Douglass's work. One of his biggest critics, A. C. C. Thompson, was a neighbor of Thomas Auld, who was the master of Douglass for some time. As seen in "Letter from a Slave Holder" by A. C. C. Thompson, found in the Norton Critical Edition of Narrative of the Life of Frederick Douglass, An American Slave, he claimed that the slave he knew was "an unlearned, and rather an ordinary negro". Thompson was confident that Douglass "was not capable of writing the Narrative". He also disputed the Narrative when Douglass described the various cruel white slave holders that he either knew or knew of. Prior to the publication of Narrative of the Life of Frederick Douglass, the public could not fathom how it was possible for a former slave to appear to be so educated. Upon listening to his oratory, many were skeptical of the stories he told. After Douglass's publication, however, the public was swayed. Many viewed his text as an affirmation of what he spoke of publicly. Also found in The Norton Critical Edition, Margaret Fuller, a prominent book reviewer and literary critic of that era, had a high regard of Douglass's work. She claimed, "we have never read a narrative] more simple, true, coherent, and warm with genuine feeling". She also suggested that "every one may read his book and see what a mind might have been stifled in bondage - what a man may be subjected to the insults of spendthrift dandies, or the blows of mercenary brutes, in whom there is no whiteness except of the skin, no humanity in the outward form". Douglass's work in this Narrative was an influential piece of literature in the anti-slavery movement.