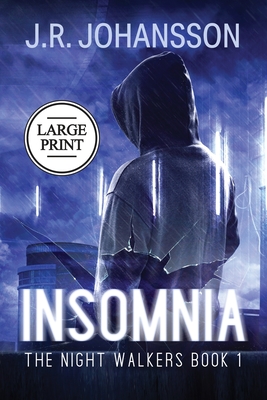 This is book number 1 in the Night Walkers series.

Instead of sleeping, Parker Chipp spends each night trapped in the dream of the last person he's made eye contact with. Every night he is crushed by other people's fear and pain, by their disturbing secrets--and Parker can never have dreams of his own. The severe exhaustion from his brain never truly sleeping is crippling him. If nothing changes, Parker could soon be facing the real life nightmares of psychosis and even death.

Then he meets Mia. Her dreams, calm and beautifully uncomplicated, allow him blissful rest that is utterly addictive. There is no denying how badly Parker needs it. When he starts going to bizarre lengths to catch Mia's eye every day, everyone at school thinks he's gone over the edge, even his best friend. And when Mia is threatened by a true stalker, everyone thinks it's Parker.

Suffering blackouts, Parker begins to wonder if he is turning into someone dangerous. What if the monster stalking Mia is him after all?