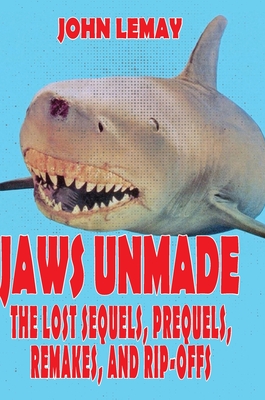 It was nearly 50 years ago now that Jaws swam into cinemas and shocked theater goers. In its wake it left numerous sequels and rip-offs like Orca, Jaws 2, Piranha, The Last Shark, Jaws 3-D, Monster Shark, and Jaws: The Revenge to name only a handful. But you knew about those already, didn't you? But what about the sequels and rip-offs that never surfaced to terrify audiences... movies like Bert I. Gordon's Devil Fish, Dino De Laurentiis's Orca Part II, and John Sayles' Sea Dragon of Loch Ness, ever hear about those? What about the spoof Jaws 3, People 0, that eventually became Jaws 3-D? Did you know Jaws 2 began shooting with a different cast, director, and a darker version of the script before it was retooled by studio executives? And lastly, were there ever any real plans for a Jaws 5? From the author of Kong Unmade: The Lost Films of Skull Island take a deep dive into the murky history of the Jaws sequels, prequels, remakes, and rip-offs that never saw the light of day in Jaws Unmade