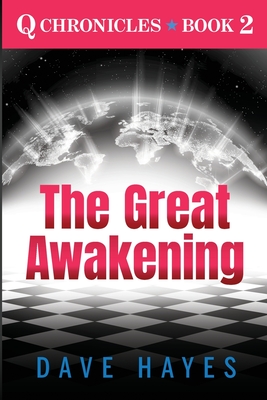 We've found ourselves pitted against one another like never before.

Why has the world suddenly become so polarized?

Our beliefs about current events have us fighting against each other.

The anonymous intelligence insider known as "Q" says politicians and the media have created a false narrative about current events that conceal corruption from the public. Some choose to trust the media. Others choose not to. And therein lies the root of our struggle.

In this second book of the Q Chronicles series, Dave Hayes takes readers on another journey to unlock the truths hidden in the cryptic messages from the Q clearance patriot. As Q's messages are explained, readers are given a behind the scenes glimpse at how events unfold on the world stage

We'll examine the history of one of the wealthiest families of the modern age and learn how they amassed their fortune. We'll explore the corruption of the Vatican and how secret societies have controlled the destinies of nations. We'll trace the origins of the Federal Reserve and investigate the sinking of the Titanic.

Q's mission is to make the public aware of the truth of history and current events. The awareness of truth will bring about "The Great Awakening"- an era when society will reject the media's deception and see the world as it really is.

As we comprehend the truth, we'll understand that the real battle has never been about conservative versus liberal, black versus white. Those are merely distractions that keep us divided and controlled. The real conflict has always been about good versus evil.

Isn't it time we stopped fighting one another and focused our attention on the real battle-the fight to vanquish the forces of darkness?