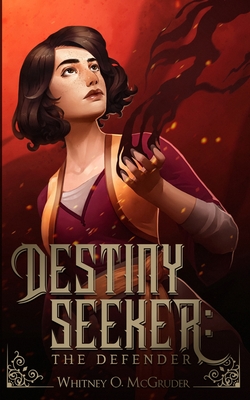 LADY LADALA and her allies are on the brink of war. Because Althod has captured and used Ilsi to grow stronger Ladala knows she faces an uphill battle. She must weaken him enough to put an end to the influence of his Entice power and free Zehra for good. Meanwhile, her human allies from Yling and Karno are eager to fight Althod head on, unable to stand by and watch his inexorable march across the continent. It will take the patience of an elf to keep everyone together.⠀

PRINCESS DURI has been rescued from her own castle by Elven soldiers. In order to save her people, she has to step up as a leader in a way her parents and brother never prepared her for. She'll have to make unlikely allies and hard choices if she hopes to unseat Althod and free her kingdom.⠀⠀

GILLY is just an Animan and Fire Weaver from Tijer, with no noble title or army, but she'll do whatever she can to bring Ilsi and Reshma back and reunite her family-even if it means going into the heart of danger. She must learn to put her faith in others as much as herself if she intends to help Ilsi and Reshma finish what they started.⠀⠀

WHAT BEGAN as a conventional alliance between these three key players must become something stronger if they are to hold the line between freedom and total control.⠀⠀

DESTINY SEEKER: THE DEFENDER follows epic heroes, old and new, as they make their final stand in this, the conclusion of the Destiny Seeker series.⠀