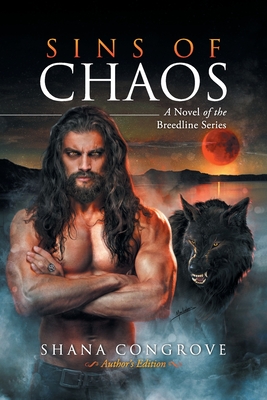 As the Breedline species-a race of humans born with special powers and the gift to change into wolf form-finally destroy Dr. Hubert Crane and his unholy creation of Breedline hybrids, they are faced with something far more dangerous... and deadly. When widespread reports of gruesome attacks on homeless victims sweep across Berkeley California and the San Francisco Bay area, two local human detectives are desperate to catch whoever is responsible for the disturbing and heinous crimes. But... they are not prepared for what they discover when they encounter three malevolent supernatural beings called... the Fury.

Abbey, desperate to keep her she-wolf at bay, has been on the run from ruthless scientists-backed by wealthy and dangerous prospects dealing in drug and human sex trafficking-who will stop at nothing to use her to locate her beloved Steven for his unique abilities of healing.

With the help of the Breedline species and a group of highly trained soldiers, whose special skills go beyond the norm, the human race finds hope of surviving the dangers that are fast closing in. But will the combined efforts be powerful enough to save them?

While war wages on, Sebastian Crow continues to suffer Lucifer's curse-trapped in a coma and forced to face the forgotten trauma of his childhood. And the only way to awaken from his hellish nightmare, Sebastian must hand over his son Arius to the dark side.