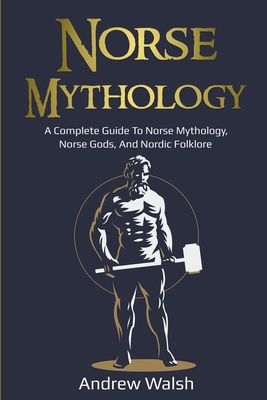 ﻿Throughout this book, we will discuss everything there is to know about Norse mythology, from the gods and monsters to the heroic tales that we know today. Norse mythology is rather interesting, as much of what we know has been pieced together from artifacts and poems that were completed after Christianity took over as the primary religion.

As you will learn, there were two main tribes or families of gods, the Aesir and the Vanir; each played a slightly different role in the hierarchy of Norse mythology.

Inside, you will learn about who Odin, Thor, and Loki were, and how they interacted with each other. We will also take a look at some of the craziest monsters the gods ever had to face, who may have created them, and much more

Here Is A Preview Of What You'll Learn About Inside...