A Beginner's Guide to Snowshoeing in the Canadian Rockies (Paperback) 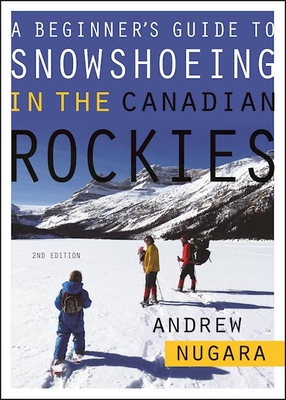 Snowshoeing in the Canadian Rockies - 2nd Edition describes 100+ great routes for snowshoers of all levels - from beginners who have never snowshoed, to experienced backcountry travelers who are looking for new challenges. The 61 routes described in the first edition have been augmented with 45 new routes, including trips in the Crowsnest Pass and new treks at Lake Louise. In addition, several routes have been updated with new descriptions and better photos. Alternative, safer routes up several soon-to-be-classic ascents such as Rummel Ridge and Rawson Ridge are also a new feature of this book. The trips extend from scenic Waterton in the far south to the breathtaking Columbia Icefield in the north section of Banff National Park. Photos, maps and detailed route descriptions are provided for each trip, as well as level of difficulty, objective hazards and additional equipment requirements. Whether you are looking for an easy day on flat terrain amid beautiful surroundings or far-reaching and magnificent views from the summit of a picturesque mountain, you will find even more of it in the second edition of this spectacular new guidebook.

Andrew Nugara was born in Rugby, England, and moved to Canada in 1979. He earned bachelor degrees in classical guitar performance and in education and presently teaches high school physics, mathematics and music. With his brother, Mark, Andrew started to hike and scramble up mountains in 2001. Shortly after, Andrew and Mark began to pursue other forms of mountain recreation such as alpine climbing, technical climbing and ice climbing. Scrambling, however, has always remained the primary focus for the brothers. In subsequent years, snowshoeing took on a more prominent role in Andrew and Mark's winter travels, yielding two books in that field. Since 2001 Andrew has completed over 700 mountain ascents. Along with More Scrambles in the Canadian Rockies - 2nd Edition (RMB 2014), Andrew is also the author of A Beginner's Guide to Snowshoeing in the Canadian Rockies - 2nd Edition (RMB 2016) and Snowshoeing in the Canadian Rockies - 2nd Edition (RMB 2016). He lives in Calgary, Alberta.