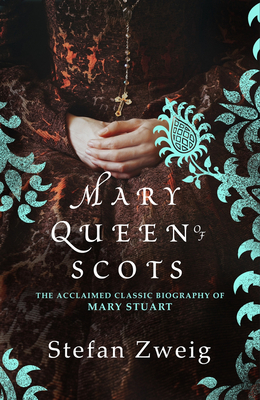 From the moment of her birth to her death on the scaffold, Mary Stuart spent her life embroiled in power struggles that shook the foundations of Renaissance Europe. Revered by some as the rightful Queen of England, reviled by others as a murderous adulteress, her long and fascinating rivalry with her cousin Elizabeth I led ultimately to her downfall.

Zweig, one of the most popular writers of the twentieth century, brings Mary to life and turns her tale into a story of passion and plotting as gripping as any novel.

Stefan Zweig was born in 1881 in Vienna, a member of a wealthy Austrian-Jewish family. He studied in Berlin and Vienna and was first known as a translator and later as a biographer. Zweig travelled widely, living in Salzburg between the wars, and enjoying literary fame. His stories and novellas were collected in 1934. In the same year, with the rise of Nazism, he briefly moved to London, taking British citizenship. After a short period in New York, he settled in Brazil where in 1942 he and his wife were found dead in bed in an apparent double suicide.

'Zweig's readability made him one of the most popular writers of the early twentieth century all over the world, with translations into thirty languages. His lives of Mary Stuart and Marie Antoinette were international bestsellers' -- The Economist Intelligent Life

'Zweig's accumulated historical and cultural studies, whether in essay or monograph form, remain a body of achievement almost too impressive to take in... Books on Marie-Antoinette, Mary Stuart, and Magellan were international best sellers' -- Cultural Amnesia

'Zweig is the most adult of writers; civilised, urbane, but never jaded or cynical; a realist who none the less believed in the possibility - the necessity - of empathy' -- The Independent