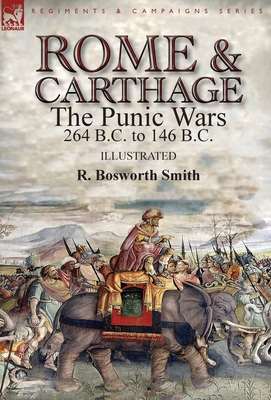 The battles for control of the lands of Middle Sea

This book usefully, concisely and comprehensively describes the history of the conflict that raged for a century between the Roman Republic and the Carthaginian Empire. In the ancient world these were among the largest conflicts ever fought. At the outset of this struggle the Carthaginians, who had come from Phoenician beginnings, were the dominant power in the Mediterranean region. Rome was aggressively in the ascendant grasping territory with ruthless efficiency. Each side realised that there was only room for one power of imperial influence in the region and that this was a war without compromise--victory or annihilation. The famous and infamous commanders of both forces appear within these pages, including the indomitable Hannibal Barca and Scipio Africanus, together with the equally renowned battles and campaigns that they fought from Spain to Italy and upon the sands of North Africa itself. The contest resulted, of course, in the destruction of Carthage as Rome rose to be the most significant imperial power of the ancient world. Contains useful battle field maps.

Leonaur editions are newly typeset and are not facsimiles; each title is available in softcover and hardback with dustjacket.