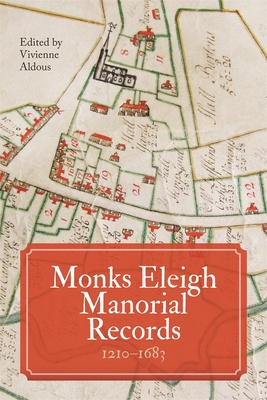 
Coming Soon - Available for Pre-Order Now
The manor was one of the principal units of medieval administration, providing a legal framework for land tenure, the prosecution of crimes and misdemeanours and social control. For the lord of a manor it was a source of supplies and income for the maintenance of his status and power. For the tenants the manor formed the everyday focus of their working lives, because they typically owed work services on his land and were subject to the manorial court for wrong doings, the settlement of disputes, the holding of their lands and payment of various feudal dues. Manors were the standard unit of land tenure for centuries, but they changed and developed over time and differed in their administration according to the particular custom of each manor.
The records of the manor of Monks Eleigh are typical of those which still exist for hundreds of manors across England. They allow us to glimpse some of the details of the people who lived and worked there over a period of some four centuries. In the earliest extents and accounts we see a concentration on the work services which the unfree tenants were obliged to do on the lord's lands in lieu of rent, including ploughing, sowing, harrowing, harvesting, carting, ditching, hurdle-making and working in the manor vineyard. Accounts list the lord's stock of animals including oxen, horses, cattle, sheep, geese, ducks, peacocks and doves. They detail repairs to manorial buildings such as the hall, barns, mill, dovecote, sheep-cotes and gates. Court rolls record admissions of tenants to land-holdings as well as fines for misdemeanours such as trespass on growing crops, assaults and thefts. By the sixteenth century the rentals show that an increasing number of tenants were using their manorial land-holdings as investments by living elsewhere and sub-letting them.

In more general terms, these records can throw light on the development of manorial administration over time, the changing forms of land tenure, place name and surname studies, the decline in serfdom, popular unrest and social mobility.