Flames Of Mira: Book One of The Rift Walker Series (Hardcover) 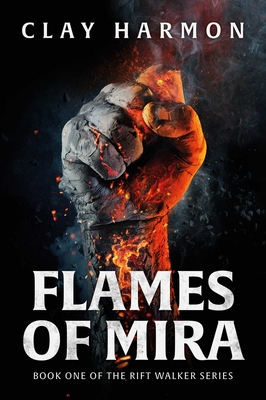 Flames Of Mira: Book One of The Rift Walker Series (Hardcover)

Order your copy of Flames of Mira from The King's English Bookshop and receive an autographed copy!

The eagerly awaited paperback release of the hottest fantasy debut of 2022!

Magic and redemption in a world of fire and ice.

Among boiling volcanoes under Mira's frozen lands, people like Ig are forced to undergo life-threatening trials that bind chemical elements to the human body. One of Mira's most powerful elementals, Ig serves as an enforcer for Magnate Sorrelo Adriann, but is cursed with flesh binding magic that will kill him at the first sign of disobedience.


When Sorrelo is overthrown, Ig quickly learns he can do far worse than what has been asked of him so far. If he can't escape the flesh binding in time, he will have to kill friend and foe alike to stop his master reclaiming the throne, or sacrifice himself trying.
Clay Harmon grew up just outside Yosemite National Park, where he was a long-distance runner and helped lead his high school’s Cadet Corps program. Random accolades include winning a state competition for Cadet Corps and trying (and failing) to earn his pilot’s license before he turned 18. He’s worked at Barnes & Noble and received his degree Business Administration, Marketing. He now works in marketing for a tech company, and in his off-time he lifts weights, loses at video games, and terrorizes his cats. He currently lives in Utah with his wife. Find Clay on Twitter at @ClayHarmonII or www.clayharmonauthor.com.
"With some of the most unique and fascinating worldbuilding I've ever seen in a fantasy novel, Flames of Mira is a captivating read from start to finish." -- Nick Martell, author of The Two-Faced Queen