Polo: History of the Game (Paperback) 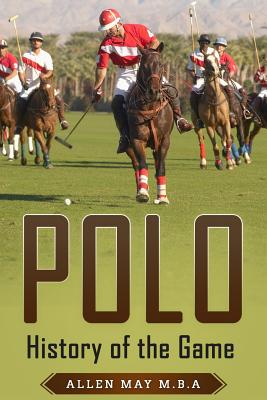 A version of polo has been recorded as being played as for back as 2500 years and is one of the oldest team sports in the world. The combination of skill with a horse, athleticism, and control that is required to be proficient is rarely found in other sports and it continues to thrive and grow, even in the modern era.But what is the background to this fascinating game, that has been played by Royalty and commoners alike down the centuries and was at one time an official Olympic sport that saw fierce rivalry?This book, Polo: History of the Game, seeks to explain where the sport came from, how it developed and then adapted as time passed, and why it became such a big deal in countries like the USA and Argentina.It looks at some of the legends of the game, the great clubs, rules and momentous moments that came to define a truly unusual sport that is equally at home on a private Estancia in Argentina, a Royal estate in England or any patch of flat ground that is large enough to accommodate 8 horses and riders.