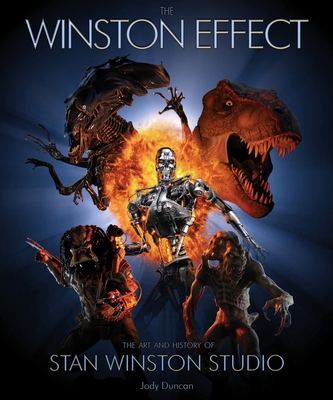 For over 30 years, Stan Winston and his team of artists and technicians have been creating characters, creatures and monsters for the silver screen, from The Terminator and the extraterrestrial monstrosities of Aliens and Predator to the amazing dinosaurs of Jurassic Park and the fanciful character of Edward Scissorhands.

Now, at last, he's opening up the Stan Winston Studio to collaborate on the first-ever book to reveal all the behind-the-scenes secrets of his groundbreaking and hugely influential artistry and effects work.

Featuring an extensive array of sketches, production art, and photographs straight from the studio archives, this is the book his fans have been waiting for!

Not since Lon Chaney has one individual created so many icons for the silver screen. From the unstoppable Terminator to the extra-terrestrial monstrosities of Aliens and Predator, from the pioneering Jurassic Park dinosaurs to the inimitable Edward Scissorhands and the terrifyingPumpkinhead, four time Academy Award-winner Stan Winston was one of cinema's most innovative and accomplished character creators.