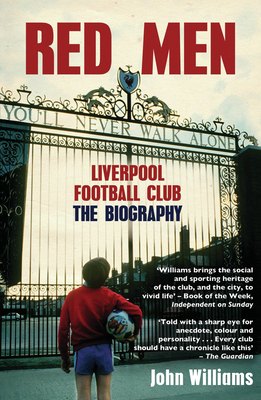 In researching the first book to cover the complete history of Liverpool FC using a linear narrative, the author was given access to the club's original minute books John Williams explores the origins and divisive politics of soccer in the city of Liverpool and profiles the key men behind the emergence of the club and its early successes in this unique and exhaustively researched history of Liverpool Football Club. The figures of the club featured here include the first great Liverpool manager, Tom Watson, who piloted the club to its first league championships in 1901 and 1906 before taking the club to the FA Cup final in 1914; Elisha Scott, the darling of the Kop in the 1920s; and, of course, Bill Shankly, who won that elusive first FA Cup in 1965. The recent tragedies that have shaped the club's contemporary identity are covered, as are the new Continental influences at Liverpool, and, of course, the glory of Istanbul in 2005. This is the definitive history of a remarkable club from its formation in 1892 to the present day, told in the wider context of the social and cultural development of the city of Liverpool and its people. Containing a wealth of rarely published photographs from every era of the club's history, this book is sure to appeal to the club's global fanbase.

John Williams has been studying soccer as a sociologist for the past 30 years and is the author of several books on Liverpool FC, including Into the Red, The Miracle of Istanbul, and Passing Rhythms.

"Brings the social and sporting heritage of the club, and the city, to vivid life . . . admirably impartial, impressively researched."  —Book of the Week, Independent on Sunday

"Told with a sharp eye for anecdote, colour and personality . . . Every club should have a chronicle like this."  —Guardian