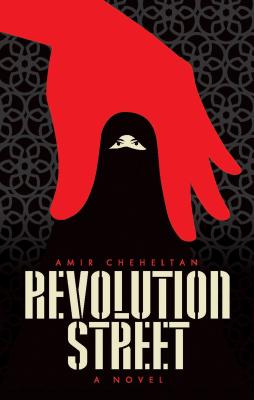 
Email or call for price
An uncensored and unflinching tale of power, corruption and love, set against the roiling aftermath of Iran's Islamic Revolution

Fattah is middle-aged and unmarried. A former hospital janitor who became rich working as a torturer in Tehran’s notorious Evin Prison, he now moonlights as an uncertified backstreet doctor specializing in ‘honour surgery’ for unmarried young women. Fattah has nothing but contempt for these women; that is until the beautiful Shahrzad lands on his operating table, and soon he is dangerously infatuated.

Undeterred that she is promised to – and in love with – another man, the younger and less affluent Mostafa, Fattah sets out to win Shahrzad by any means. Robbed of his bride, the jilted and furious Mostafa launches a desperate plan to move her beyond his rival’s reach by falsely reporting her as an opponent of the regime, a mission that takes him deep into Tehran’s underworld of criminals and provocateurs.
Amir Hassan Cheheltan was born in 1956 in Tehran and has published eight novels, five volumes of short stories and a screenplay. Due to censorship, his first novel, The Mourning of Qassem, was only published in 2003, twenty years after it was written, and many of his novels have had to undergo revisions. Following harassment and threats after the publication of his work, he and his family moved to Italy for two years. Revolution Street was first published in 2009 in German and in 2013 in Norwegian. It has yet to be published in Iran. Cheheltan supervises the creative writing workshop at the Karnameh Culture Centre in Tehran and writes feature articles for international papers such as Frankfurter Allgemeina﻿ and ﻿Suddeutsche Zeitung﻿.


Dr Paul Sprachman teaches Persian at Rutgers University.  He has worked and studied in Afghanistan and Iran.  He is the translator of a number of works from Persian including Plagued by the West byJalan Al-e Ahmad, A Man of Many Worlds: The Diaries and Memoirs of Dr. Ghasem Ghani, Journey to Heading 270 Degrees, by Ahmad Dehqan, and Chess with the Doomsday Machine and A City under Siege by Habib Ahmadzadeh, He is also the author of Suppressed Persian: An Anthology of Forbidden Literaure, Language and Culture in Persian, and Licensed Fool: The Damnable, Foul-mouthed ‘Obeyd-e Zakani.
‘A classic of world literature.’
— Frankfurter Allgemeine Zeitung

‘A vivid, exciting and nuanced portrait of post-revolutionary Tehran.’
— LiteraturNachrichten

‘Rarely has a novel so exposed the moral erosion of Iran. The example of two henchmen of the mullahs’ regime vying for the same woman, the beautiful Shahrzad, depicts what remains of the ideals of the Islamic revolution of 1979: fear, bigotry, and pure violence.’
— Taz