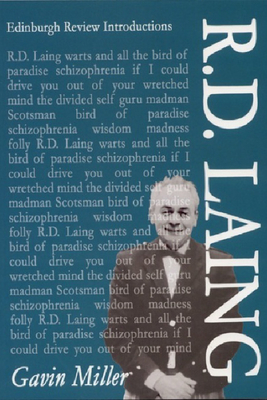 R. D. Laing (1927-1989) was Scotland's most famous public intellectual. His revolutionary challenges to conventional psychiatry were read by millions across the world. When he died, there were memorial services in London and New York, but in his native Scotland, his contribution to intellectual culture is largely forgotten. At the 77th anniversary of his birth (7 October 2004), this book asks why Laing's work has been so unfairly neglected. It also aims to show the enduring value of Laing's ideas, their international significance, and the vibrant Scottish culture from which they arose. In the course of his life, R. D. Laing moved from the forefront of humane, and humanist, psychiatry to a position of notoriety. Latterly, he was alcoholic, professionally unlicensed, and as disturbed, at times, as anyone he had ever treated. His work also descended into near-madness - he implied, for example, that his problems could be traced to the hostility of his mother's uterus, eight days after he was conceived. It is hard to forget such a figure; but it is easy to overlook the radical challenge to psychiatry of his earlier work and ideas. Since Laing refused to view mental illness in biomedical/clinical terms, he has often been labelled as part of the so-called 'antipsychiatry' movement, alongside figures such as David Cooper, Thomas Szasz and Michel Foucault. However, Laing strongly rejected this label. He never denied that mentally ill people are in need of help - he simply did not believe that conventional psychiatry provided the answer. He was especially opposed to the use of lobotomies, ECT and the dehumanising effects of incarceration in psychiatric hospitals. Much attention could be paid to the psycho-biographical aspects of Laing's life. He seems to have been raised in the kind of family he would later come to regard as conducive to schizophrenia. However although his upbringing gave Laing a motive and material for his theories, it did not give him the in.

Gavin Miller is Senior Lecturer in Medical Humanities in the School of Critical Studies, University of Glasgow. He has previously published the monograph R. D. Laing with Edinburgh University Press (2004) and he has been widely published in books and journals on the topics of psychotherapy and theology, Scottish literature and the medical humanities.