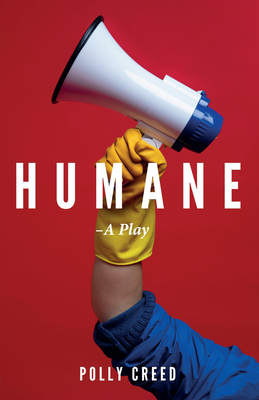 1995: Brightlingsea, a small port in rural Essex. Two women, Alice and Linda, wake up to find lorries thundering through their town, carrying live animals in horrendous conditions for export. Although from very different worlds, the pair unite to try to stop the lorries. They become unlikely friends, facing arrest and police brutality amidst the protests, while also dealing with the pressures of motherhood. When one of their group dies, things start to unravel, as they are forced to face the differences between them. Timely and lyrical, Humane is a play about activism, friendship and motherhood and the values that unite and divide us.

Polly Creed is a writer, director, producer from North Essex. She is the founder of True Name Theatre and Power Play Theatre, a theatre company and think-tank that carries out original data research around gender inequality in the arts, as well as programming new work by women. Power Play's debut site-specific showcase at the Edinburgh Fringe 2018 won a Scotsman Fringe First for Emma Dennis-Edward's play, Funeral Flowers. Polly's activist and theatrical work has been featured in various papers and platforms, including The Independent, The Scotsman, The Stage and The Guilty Feminist podcast. Meanwhile, her writing has been shortlisted for a Sit Up Award and won Best New Writing at LSDF 2018. As a producer she was shortlisted for the Old Vic 12 2020. In 2020, her short film Alone Once was selected for Cannes Short Film Festival and Montreal Independent Film Festival.