The Strange Case of Dr Jekyll and MR Hyde (Paperback) 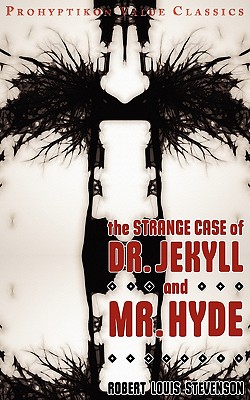 This small novella tells the tale of two impossibly intertwined gentlemen living in Victorian London---the friendly and sociable Dr Jekyll, and the monstrously deformed, obviously dangerous Mr Hyde. As Mr Hyde's crimes gain the attention of the police, the manhunt is on; but every lead on Hyde consistently leads back to Jekyll instead. When the darker truth of Hyde's identity becomes clear to all, that the monstrous predator of London's industrial-fog enshrouded streets is none other than Jekyll himself, transformed by a tincture of his own making, he sets forth to destroy himself and bring down Hyde with him. Allegedly written within a single week under the influence of cocaine, The Strange Case of Dr Jekyll and Mr Hyde is one of Scottish prose-poet Robert Louis Stevenson's most famous and influential works. It has been remade and adapted into numerous other mediums, including film, television, stage performance, and graphic novel; endlessly quoted in a host of derivative works, speeches, and religious sermons; it even served as the foundation of Freudian psychology and the inspiration for Freud's allegorical tale, The Beast Within. It is widely considered to be the quintessential tale on the duality of the individual, and the danger of suppressing humanity's baser instincts for the outward appearance of morality.