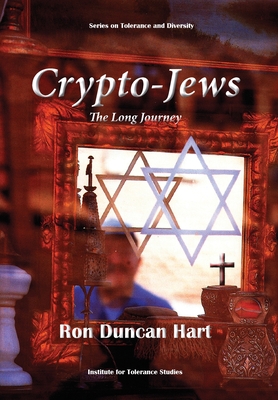 What did the medieval Spanish have against the Jews? Religion and Otherness? In that Catholic world Jews were heretics, and they had customs and language that became foreign as Spain redefined itself as Christian only. Jews no longer fit in New Christian Spain, and the Spanish reacted by expelling them. Those who wanted to stay became a pariah class of people who were Spanish in language and culture but tainted by Jewishness. Even converting to Catholicism could not cleanse the mark from them. They were still suspected of being Jews, crypto-Jews.

Why did crypto-Jews defy the Inquisition and the threat of death to continue Jewish lives in Catholic only Spain? Was it the inescapability of being chosen? Was it the bond of spirit that overcame the collective enmity? Why do descendants 500 years later still carry the mark? Is it family, collective mind, DNA, primal gestalt, history, culture? Can we know?

The crypto-Jewish experience has been shrouded in mystery for a past that might have been and the imagined future that could be. In the American Southwest and in parts of Latin America there is a movement to reclaim Jewish identity, and people are describing remnants of Jewish life in their families even though their ancestors renounced Jewishness long ago. People want to learn about the Sepharad of their ancestors, the Spain of the Jews. Many ask, "What is our place in that heritage." Others simply say, "Somos Judios." We are Jews.