Women Who Sleep With Animals (Paperback) 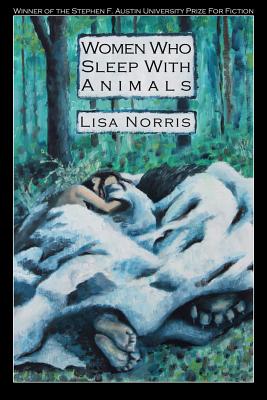 Women Who Sleep With Animals (Paperback)

The nine stories in WOMEN WHO SLEEP WITH ANIMALS offer glimpses of ordinary women and animals in their moments of extremity.

In settings that range from suburbs to wildlife reserves, from the eastern to the western U.S., Norris’s characters negotiate sex, marriage, infidelity, racism, cancer, war, aging and loss with the companionship of each other and the critters—both pets and the wild ones.Biologists, retail salespeople, artists, professors, wives, mothers, and lovers encounter problems that no one looks for (a bear charges the biologists who study her; a recently divorced woman finds herself in the company of her husband’s lover at a sex toy party).   Moments of revelation feature luck and compassion. Many of Norris’s characters find comfort in their mammalian elements.Fiction writer, essayist and translator Lore Segal, whose stories have been included in The New Yorker, Best American Short Stories, and the O.Henry Prize Stories, and whose novel Shakespeare’s Kitchen was a finalist for the Pulitzer Prize in 2008, says, “Lisa Norris “writes lusty, generous, sophisticated stories about what is harshest in our lives. What’s more--they’re a pleasure to read.”

Lisa Norris is the author of WOMEN WHO SLEEP WITH ANIMALS (Stephen F. Austin University Press, 2011). Her previous story collection, TOY GUNS, won the 1999 Willa Cather Fiction Prize and was published by Helicon Nine Press. Her stories, essays and poems have been published in many literary journals, most recently Shenandoah, Ascent, Blueline, South Dakota Review, Toad, and Smartish Pace. She received a B.S. in Fisheries and Wildlife from Virginia Tech, M.A. from Idaho State University, and M.F.A. from American University.After teaching as an instructor at Virginia Tech for 15 years, she moved to Ellensburg, Washington, where she is an Assistant Professor*** at Central Washington University. At home, she—like her many of her characters—finds comfort in her mammalian elements, sharing a home with her dogs Roxy and Sterling.