Death Wish: A Story of the Mafia (Paperback) 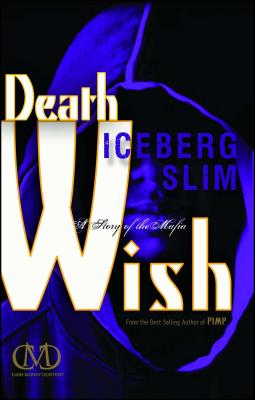 Death Wish: A Story of the Mafia (Paperback)


Usually ships to store in 2-3 Days
This is the original mafia story that spawned all the rest—the story of Chicago’s ruthless and tireless mafia.

Power hungry Don, Jimmy Collucci, is out to become the kingpin of Chicago’s “Honored Society.” However, his rise to the top can only be thwarted by one man fueled by revenge set out to destroy it—the “Black Warrior” Jessie Taylor. When ambitions collide, guns are drawn and blood is spilled. This is the original mafia story.

The intensely real characters, the brutal overlords, their faithful lackeys, and their vengeful enemies all collide in acts of loyalty, lust, greed and death. Iceberg Slim's story is now depicted in a major motion picture distributed worldwide. Iceberg Slim: Portrait of a Pimp shows Slim's transformation from pimp to the author of seven classic books.
Iceberg Slim, also known as Robert Beck, was born in Chicago in 1918 and was initiated into the life of the pimp at age eighteen. He briefly attended the Tuskegee Institute but dropped out to return to the streets of the South Side, where he remained, pimping until he was forty-two. After several stints in jail he decided to give up the life and turned to writing. Slim folded his life into the pages of seven books based on his life. Catapulted into the public eye, Slim became a new American hero, known for speaking the truth whether that truth was ugly, sexy, rude, or blunt. He published six more books based on his life and Slim died at age 73 in 1992; one day before the Los Angeles riots.