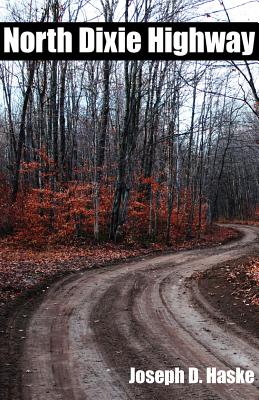 
Usually ships to store in 2-3 Days
Weaving multiple storylines with vivid description of characters, Haske’s debut novel brings new life and a unique voice to the fiction of rural America. North Dixie Highway is a story of family bonds, devolution, and elusive revenge.

When Buck Metzger’s childhood is interrupted by the disappearance of his grandfather, several family members and close friends plot revenge on the suspected killer. From remote towns in Michigan’s Upper Peninsula, to the Texas/Mexico border, to war-torn Bosnia, Metzger struggles for self-identity and resolution in a world of blue-collar ethics and liquor-fueled violence.
JOSEPH D. HASKE, Chair of English at South Texas College in McAllen, was awarded the 2011 Boulevard Emerging Writers award for short fiction. His work is featured in journals such as Boulevard, The Texas Review, AleCart, and Fiction International. He lives in Mission, Texas, with his wife, Bertha, and their children, Ferny and Joey.

“Lyrical, passionate, unflinching, Joe Haske’s fiction grabs hold of you and shakes you to your core. He is one of the most exciting young American writers of his generation.”—Richard Burgin, editor, Boulevard and author, Shadow Traffic and The Identity Club