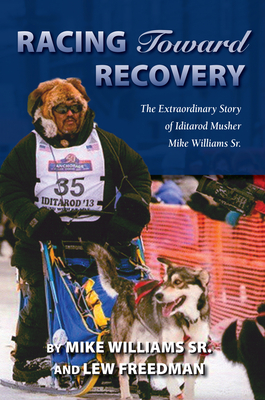 For the first time, Alaska musher and tribal leader Mike Williams shares his remarkable life story with veteran sports writer Lew Freedman. Williams is a man of many parts, a sports figure, a government figure, a leader of his people, a husband, a father, and a Native man with one foot firmly planted in the twenty-first century and another firmly planted in the roots of a culture that dates back 10,000 years in Alaska. Williams competed in the Iditarod Trail Sled Dog Race fifteen times, and was once the only Yup'ik Eskimo musher, a symbol to all Natives around the state. Although he was never a top contender for the Iditarod title, he was a competitor whom everyone cheered because he resolved that to shed light on one of Alaska's greatest threats to the health and future of its Native people, he would carry in his dog sled pages--pounds worth--of signatures of people who had pledged sobriety. A Yup'ik Eskimo, Williams saw firsthand how alcohol could devastate people as surely as if they had contracted a deadly flu: each of his brothers had succumbed to alcohol-related accidents, incidents, or illnesses. Williams describes how he recovered from his dependence on alcohol through religion, loved ones, and racing dogs. For many years Williams carried those sobriety pledges in his sled, focusing attention on a troubling, seemingly intractable problem. Williams gained national attention, being profiled by CNN, Sports Illustrated, and Good Morning America. Fellow Iditarod competitors have voted him "the most inspirational musher.

Mike Williams Sr. is a resident of the village of Akiak in Alaska. He is a longtime competitor in the Iditarod Trail Sled Dog Race, a leading figure in the Sobriety Movement for Alaska Natives, and an activist for improved living conditions for Natives in the Alaska Bush. Mike Williams is recognized as one of the Great Tribal Leaders of Modern Times. Lew Freedman is an award-winning journalist who lived in Alaska for 17 years and is the author of numerous books on dog mushing and stories from Alaska including Iditarod Adventures. www.LewFreedmanBooks.com