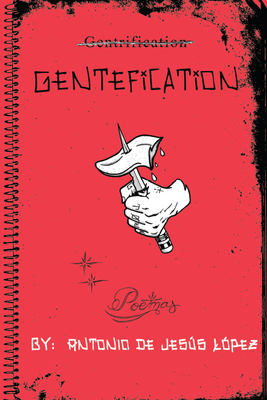 “Gentefication” nuances Latinidad as not just an immigration question, but an academic one. It deals with Latinx death not as the literal passing
of bodies, but as first tied with language. It asks, what are the hauntings of a tongue that is repeatedly told, ‘one must learn English in order to succeed in this country’? What is the psychological trauma deployed not by right-wing bigots, but of white liberal institutions that give scholarships to Latinx students, but nevertheless prop up white supremacy by viewing their payments as charity? How do Latinx students become complicit in this tokenizing? “Gentefication” wrestles with this ‘survivor’s guilt’ of higher education, of feeling as if you’re the only one among your homies that ‘made it.’ And in an American moment dealing with scandals across multiple universities this work is a timely intervention that advocates for first-generation audiences, for readers of color, and for all those vested in the protracted struggle for our fair shot.

“In his debut poetry collection, Gentefication, Antonio de Jesús Lopéz adorns novelty with innovation by rendering the reader—in addition to the objective world—in surprising new ways. As if they were exorcising our demons or, less ominously, assigning us roles that break from the typecast routines of our daily lives, these poems call to the surface aspects of ourselves that we are rarely asked to engage. Poems tender and ironic, earnest and outraged display a mind abundant with knowledge yet desperate for answers. While so much American poetry asks of the reader only their passive attention, these poems work like personal trainers. They call for the kind of mental and spiritual absorption that can make prayer feel productive.”

—Gregory Pardlo, Winner of the Pulitzer Prize for Poetry