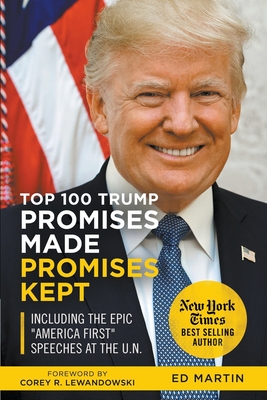 President Trump is the most effective, impactful US President since Ronald Reagan, and maybe even more so. He campaigned on promises, and once elected he has been keeping all those promises he made to America. Every step of the way, far-left democrats have stood against him. Lied about him. Worked to deceive the American people. And the Fake News media is working overtime as the media wing of the Democrat Party. This book contains the truth. The truth they don't want you to know. Promise kept after promise kept. Positive impact upon positive impact. President Trump is not your normal politician. He is not a politician at all. He is a leader. A servant. A businessman. A promise keeper. A proud American. And the man who has Made American Great Again. Now it's up to us to Keep American Great.