In the Ring With Jack Dempsey - Part I: The Making of a Champion (Hardcover) 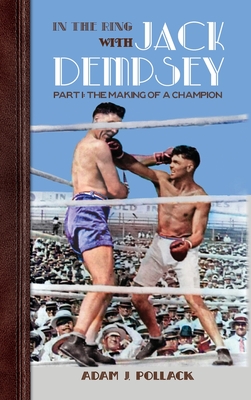 By Adam J. Pollack
Email or call for price.
Usually Ships in 2-3 Days

In the Ring With Jack Dempsey - Part I: The Making of a Champion, by Adam J. Pollack is the most thorough and detailed book ever written about former world heavyweight champion Jack Dempsey. This book (the first of two) chronicles Dempsey's life and career from its start up to his winning the world heavyweight championship, fight by fight, as told by those who saw the contests and reported on them at the time, utilizing multiple local next-day newspaper reports. This includes training, predictions, pre-fight hype, and discussions about the opponents.

As with other books in the In the Ring series, this book also discusses the context of the times, the color line and race in boxing and society (offering the perspectives of both white and black-owned newspapers), World War I, Dempsey's personal and managerial choices, and how these topics affected the sport and Dempsey's life and career. Even new facts about the controversial Jim Flynn fight are revealed. Boxing fans will obtain knowledge and insight into Jack Dempsey's life and career like never before.

560 pages, with over 550 rare photos, illustrations, cartoons, and fight advertisements.

Adam J. Pollack is a boxing referee, judge, and member of the Boxing Writers Association of America. He also is an attorney practicing law in Iowa City, Iowa.