The Season of Living Dangerously: A Fan's Notes on Baseball's Strangest Season (Paperback) 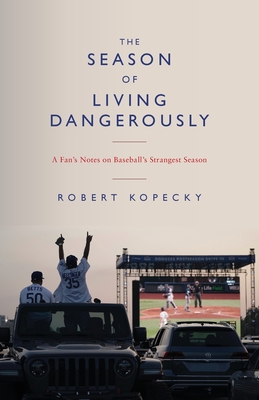 The Covid-19 pandemic has affected virtually every aspect of life in America, and Major League Baseball in 2020 was no exception. From the day in March when MLB announced postponement of the season, to the commencement on July 23 of a 60-game "regular" season, through the completion of the World Series, this was a baseball season unlike any other.

The Season of Living Dangerously records the views of a lifelong baseball fan as he watched this unique season unfold-games played in empty ballparks, new rules implemented to speed up play, Covid-19 cancellations, players and management openly expressing their views on racial inequity in America, the postseason expanded to allow over half the teams to participate, and the World Series held for the first time at a neutral site.

This account of the 2020 season addresses the conflicting feelings many fans had about whether the truncated 60-game schedule could be considered a legitimate season and whether the games should be played at all while the pandemic persisted around the country. But it also reflects a fan's appreciation for the things that make baseball rewarding to watch as he experienced the strangest of baseball seasons.