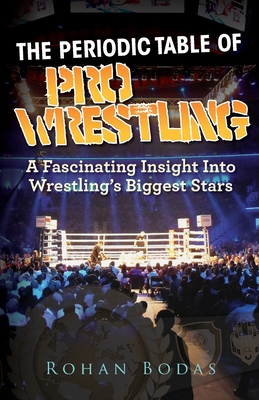 Delve deep into the world of professional wrestling, its stars, its villains, its men and women. Go behind the scenes into the businesses of WWE and read about the various characters and the humans behind those characters, the biggest rivalries and the drama behind those rivalries in this fun encyclopedia. The Periodic Table of Pro Wrestling looks at some of the biggest names in wrestling over the last three decades in a way you've never imagined.