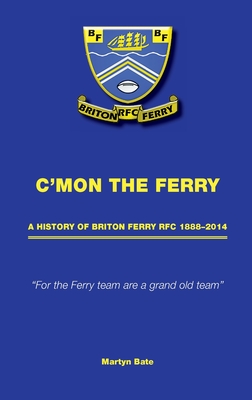 Briton Ferry. A small town near the banks of the river Neath, once a bustling industrial town with busy docks (fed with coal from the Afan valleys, transported down via the incline) and heavy industries, such as steelworks. In among all this hustle and bustle there was a need for a sporting recreation to alleviate workday stresses. An escape from the smoke and the heat. What better than a game of rugby? Many teams were formed in the last decades of the 1800s and in the early 1900s, within the town itself and in the surrounding areas, but one stands out as the shining beacon, Briton Ferry RFC. This is the story of rugby in the town, the playing grounds, headquarters, games won and lost and, above all, the characters who have enriched the club's history over the last 125 years - from Welsh internationals to war heroes, from whole families (whose huge service helped bind the club together) to individual players and committee members (who have all played their part). And there is a promise of more history, to be written by a new breed: The Story of the Ferry