Language, Politics, and Social Interaction in an Inuit Community (Hardcover) 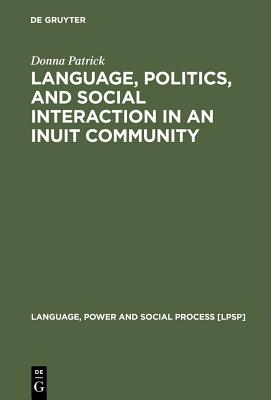 By Donna Patrick
Email or call for price.
Usually Ships in 2-3 Days

Since the early 1970s, the Inuit of Arctic Quebec have struggled to survive economically and culturally in a rapidly changing northern environment. The promotion and maintenance of Inuktitut, their native language, through language policy and Inuit control over institutions, have played a major role in this struggle. Language, Politics, and Social Interaction in an Inuit Community is a study of indigenous language maintenance in an Arctic Quebec community where four languages - Inuktitut, Cree, French, and English - are spoken. It examines the role that dominant and minority languages play in the social life of this community, linking historical analysis with an ethnographic study of face-to-face interaction and attitudes towards learning and speaking second and third languages in everyday life.