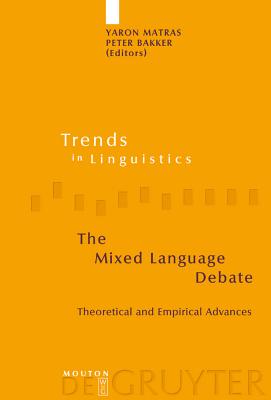 Mixed Languages are speech varieties that arise in bilingual settings, often as markers of ethnic separateness. They combine structures inherited from different parent languages, often resulting in odd and unique splits that present a challenge to theories of contact-induced change as well as genetic classification. This collection of articles is devoted to the theoretical and empirical controversies that surround the study of Mixed Languages. Issues include definitions and prototypes, similarities and differences to other contact languages such as pidgins and creoles, the role of codeswitching in the emergence of Mixed Languages, the role of deliberate and conscious mixing, the question of the existence of a Mixed Language continuum, and the position of Mixed Languages in general models of language change and contact-induced change in particular. An introductory chapter surveys the current study of Mixed Languages.