I'll Kick You in the Head with My Energy Legs (Hardcover) 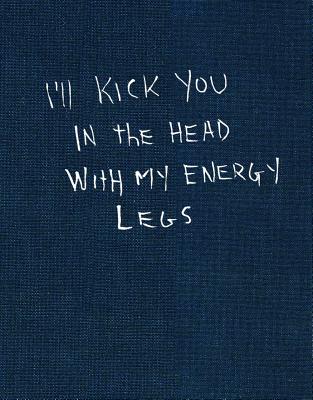 Skateboarding enables a rare few individuals to live a carefree life, traveling the globe for free while less fortunate others have no other option than to jump through the hoops of everyday living. I'll Kick You In The Head With My Energy Legs depicts the coming of age, travels and traits of a group of skateboarders from London, who managed to escape the grips of a nine-to-five. Each character offering a different dynamic to the ongoing story; Be it walking along the sludge covered beaches of the river Thames in search of an American visiting friend who happened to be taking an 'emergency shit' after accidentally drinking an entire bottle of laxative, or a journey to the hospital to fix a dislocated elbow, or playing with a dead pigeon. Shot over a period of three years by London born photographer and skateboarder Jonnie Craig who rose to light at the age of 18 after having been picked up by Vice Magazine. Jonnie quickly established his name within photography releasing his first book with Morel in early 2009 which proceeded to sell out shortly after.