The Strange Case of Dr Jekyll and Mr Hyde (Paperback) 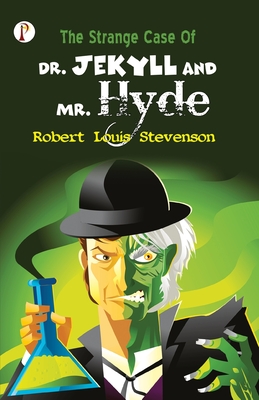 The Strange Case of Dr Jekyll and Mr Hyde (Paperback)


Usually ships to store in 2-3 Days
This new edition brings a fresh perspective on Stevenson's dark, celebrated evocation of duality: polite society undermined by the weakness deep within itself. Three of Stevenson's other dark tales reveal him to be a shrewd and skillful storyteller - 'The Body Snatcher', 'The Pavilion on the Links', 'The Story of a Lie'. Flame Tree Collector's Editions present the foundations of speculative fiction, authors without whom the imaginative literature of the twentieth century would not exist, bringing the best and most influential writers into a striking and collectable library. Each book features a new introduction, a short biography and a glossary of Literary, Gothic and Victorian terms.
Robert Louis Balfour Stevenson, novelist, essayist and poet, is considered to be one of the great classic storytellers. Stevenson wrote a number of popular and enduring fantasies, including Treasure Island (1883), The Strange Case of Dr Jekyll and Mr Hyde (1886), Kidnapped (1886) and The Master of Ballantrae (1889). He was a lifelong sufferer of tuberculosis and often travelled abroad in search of climates more healthy than his native Scotland. Finally he settled with his wife Frances, in Samoa, where he passed away in 1894. Caroline McCracken-Flesher (Introduction) is Professor of English at the University of Wyoming. She is an honorary fellow of the Association for the Study of Scottish Literature. Her books include Possible Scotlands: Walter Scott and the Story of Tomorrow, The Doctor Dissected: A Cultural Autopsy of the Burke and Hare Novels, and Approaches to Teaching the Works of Robert Louis Stevenson.